Both vehicles have their roots in the first war-time brands, although they have undergone modifications to reveal modern generations over time.

Specifically, the Land Rover Defender has gone through significant modifications, while the Jeep has maintained most of its original features. Both built initially to serve the soldiers for all purposes, which explains why they are all made to suit off-road functionality.

The comparison lies in the two of-road machines’ beauty and power, specialized for the adventurers market segment.

Although the Land Rover Defender has had the upper hand for ages, the Jeep Wrangler has made a remarkable statement, gaining popularity through its charm and efficiency.

This begs the question, between the Land Rover Defender vs. the Jeep Wrangler, which one takes the crown of the off-road king? Keep reading to find out!

While beauty lies in the eyes of the beholder, let’s face it… the Land Rover Defender was not created for the looks! The model is basic, simple, and rugged, thanks to its barrel sides that stand out.

Yet, its style is glorious, fitting into any background seamlessly. Exuding appeal to the intended market segment, individuals with a sense of adventure since it allows them to explore any place without looking odd or standing out awkwardly.

You can cruise through the rural areas smoothly, as well as check into classy urban centers easily.

On the other hand, the Wrangler places a little more effort on its outward aesthetics, displaying muscular wheel arches, straight lines, and slab sides.

This model is explicitly styled for the adventurers, allowing individuals to navigate through canyon tracks with ease.

Just like the Defender, the emphasis of the Wrangler’s shape and style is on its function. Both models are rugged and practical rather than being sleek and classy.

The Wrangler’s features include a curved bonnet, and a folding roof, as well as a fold-down front screen.

In terms of size, the Defender takes the day, being larger, taller, and wider than the Wrangler overall.

For instance, while the Wrangler Unlimited is 188.4 inches long, the Defender 110 measures 197.6 inches in length.

The size difference implies that the Defender is more efficient in terms of space and carrying capacity for both passengers and luggage, compared to the Wrangler.

On the other hand, the small size of the Wrangler might present an advantage over the Land Rover in terms of passing through tight canyons and spaces.

Additionally, the Defender boasts of being heavier than the Wrangler, implying that the Defender is more stable due to the difference observed in weight.

Related to the weight aspect, the Land Rover displays greater towing ability, managing up to 8,201 pounds to the 3,500 pounds that the Wrangler can manage.

The best way to gauge the two vehicles’ performance is to compare them side by side out on the rough.

Both models boast that they can access any terrain, with specifications designed to fulfill this function.

The Defender’s torque is doubtlessly one of the best globally, built to cruise on a four-wheel-drive system, displaying unmatched mechanical power.

Both the Wrangler and the Defender use coil-springs for suspension.

One way of comparing their performance is through the power of the engine.

The Jeep also has an eTorque, which serves as an optional powertrain offering a 2.0-liter turbocharged four-cylinder with a 48-volt mild-hybrid system delivering 295 lb-ft at 3,000 rpm, producing 270 hp at 5,250 rpm.

Besides the engine, the functionality of the two vehicles is also comparative in terms of off-road capability.

Here, the approach angle for the Defender is 38 degrees while that for the Wrangler is 44. In terms of departure angle, the Defender has a 40-degrees angle. Its ground clearance is also higher at 11.5 inches as compared to the Wrangler’s 10.9 inches.

Therefore, between the Wrangler and the Defender, which is the better model, you ask?

While both models’ fanatics have their opinions on these vehicles’ performance, the on-paper comparison suggests that the Land Rover Defender is superior to its counterpart, the Jeep Wrangler, primarily due to its ability to be smoother and quieter all-round. In contrast, the Jeep is prone to pitching and wallowing when driven vigorously.

Built to be a practical machine, the Land Rover is a favorite classic and British icon among enthusiasts.

However, the Wrangler may also outdo the Defender in off-road ability due to its small size that widens the range of places in which the vehicle can navigate. Moreover, it is a cheaper option of a general-purpose four-wheel drive. Of course, the best measure of performance would be letting the two vehicles compete by driving side-by-side. 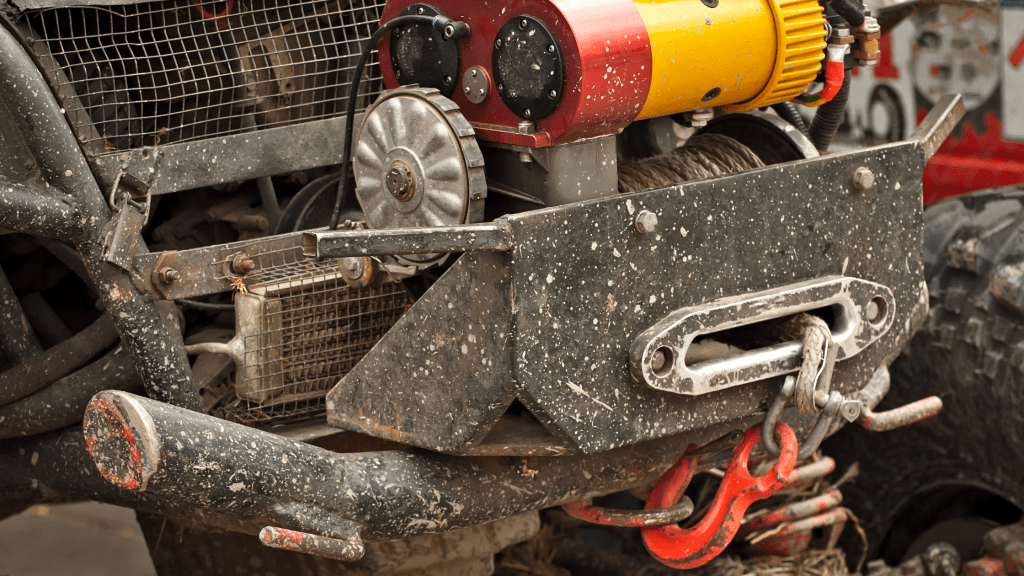